London has been stricken again. Another van was used to run over people in an attempt to spread terror and confusion. The difference this time around is the target audience—which is the Muslim community. It seems that London cannot get a break. The extremely diverse city that once held the status of being the capital of the entire world was once the heart of the colonized British world, and today continues to be a major hub for business, travel, and culture.

A politically and religiously divided city that continues to experience tragedy after tragedy, London’s ever increasingly diverse population has been forced to learn and relearn how to come together under a Muslim Mayor, who is a constant reminder that Muslims are not going anywhere at any time soon. The irrefutable fact that Muslims are a part of the social fabric of life in London is also evident in the political, educational, economic, and religious life of the city. Now the question is, do Muslims see London as their own city, and are they willing to accept its western values including freedom of religion and its expression?

If a report by an English Newspaper is correct and the most recent attacker vowed to kill all Muslims, then the Muslim community needs to see this as a wakeup call. Muslims in London need to promptly denounce, and if possible excommunicate any and every Muslim who believes in extremism, and militant Jihad in order to protect London from any further terrorist attacks in the name of Islam, and consequently attacks on the Muslim community as a result of such attacks.

New York City is very similar to London in its diversity and its division. Perhaps New York City needs to learn from what is going on in London. The politicians, and the public alike need to come together to find ways to combat hate and terrorism. The Muslim community needs to make a game plan and do more to remove themselves from isolation. This is all of our city, and we all are all responsible for its prosperity and protection. 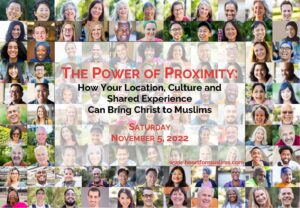