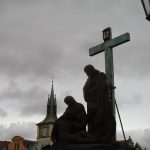 Recently I was asked a question, “As a pastor what would be your process of counseling someone with a recurring sin issue.” I believe many of you who are serving as pastors or missionaries deal with such situations on a daily basis, and perhaps would be interested in what the response may be. Here is my response, it is not as a counseling experts of some sort, but rather as a pastor who attempts to recognize the brokenness of this world and the corruption in our flesh and seeks to show the love of Christ without condemning the sinner, for I am a sinner saved by grace through faith in Jesus Christ alone.

I would say that it depends on the situation of the person, the type of sin he/she is struggling with, how destructive that sin is for the person and how it affects his/her relationship with others around him/her. For my seminary degree, I chose Pastoral Counseling as my major because I understand the need and mandate for Biblical counseling. In psychological terms, I have to understand the psychopathology of the person, especially his/her cognitive processes as to why the person keeps coming back to a particular sin.

So far, I have mostly counseled men, and the most common sin that I find in men is that of sexual sin. Unfortunately, sexual sin is pervasive in people’s lives and there are a lot of variations in how sexual addiction develops based on a person’s lifestyle and emotions. So, the question becomes whether a sin is truly habitual or is it just an incarnation of bad choices along with way. Traditional wisdom lies in accountability, which also depends on the church’s structure and fellowship. The more a person is connected to like-minded people going through the same thing, the better chance a person has to discover a road to recovery.  A good accountability system serves as a healing mechanism, which provides a platform for healing to occur. This is also why a strong discipling program is an essential pillar of a healthy church. Of course, you do not want to have an unguided and unstructured group either, you will need a guide and counselor in this case. Recovery groups are a good example, however they tend to be very formal and Christ based recovery groups are hard to find.

I believe it is best to keep accountability partners or groups casual. Perhaps something like a men’s group or a Bible study led by a leader with a pastoral heart to provide a safe place and accountability. The leader has to know how to navigate the biblical tension of grace and truth. You do not want to condemn the person in their sin, but you also do not want to condone the sin. Praise God that grace covers a multitude of sins and thank God that He loves us too much to leave us in our sin. This is what the person in recurring sin needs to understand. The motivation here should be to honor God, and not to use His grace as a license to sin. The danger a person with recurring sin often runs into is that he/she steps out of grace and begins to live under what he/she perceives to be as truth, and thus self-condemnation. So, dwelling in either extreme can be harmful not only for the person’s mental and social life, but it has the potential to destroy his/her confidence in the Lord (i.e., doubting the security of their salvation often and leaning on works-based salvation), so the person in the healing process needs to be helped to think about grace and truth simultaneously.

This can happen only when we have a relationship with the person with recurring sin so that the person knows that we desire his/her well-being out of love.

Let me show you my process through an example, let’s call him Brian (the story is true, the name is not).

Brian is now in his late 20s. I have been mentoring and discipling him since 2013. I met him soon after he arrived in the US from Africa. He comes from an animistic background, his father left Brian and his family back in Africa to pursue the American dream. Growing up, there were no moral or religious values that he was accustomed to following. His father left him when he was barely a toddler. When he came to Christ, he immediately began to share Christ in the streets of New York. Ever since I met him, God made it very clear through evidence that this young man really loved the Lord.

His reccurring sin was an addiction to pornography.

His shame was so deep that he stopped meeting with me, and he stopped studying the word. I tracked him down to find out what was happening in his life. He told me that he wanted to walk with the Lord but felt that he was deceiving himself and God by pretending that he can change. He assured me that he had tried really hard but remained unsuccessful. I sat with him while he cried. We prayed together and he knew that he was involved in a habitual sin and I did not need to preach at him, he needed a friend, a brother, and most importantly some counseling with practical steps. I told him a story about a man that I knew personally who was addicted to drugs but made a firm decision that he would never stop reading the Word. I asked him to make a commitment to never stop meeting with me and to never stop studying the Word.

Here is how the discipleship structure played out in this scenario:

In every meeting beginning in 2013, the scriptures navigated our conversations.